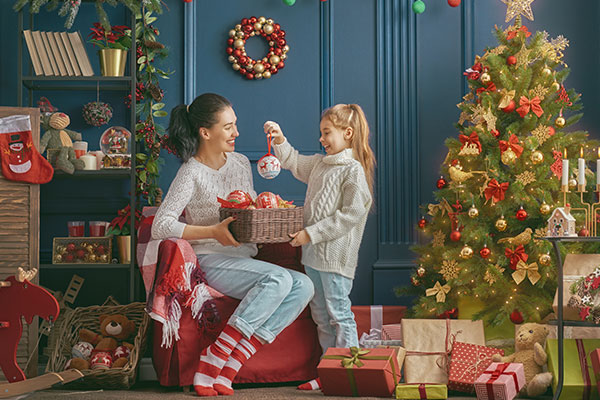 Most people in modern western culture have seen, owned or at least heard of Christmas trees. They have been a symbol of the Christmas holiday for years. Plus, they are a tradition that is filled with history and one that many families have held onto for generations. Yet, how many Christmas Tree facts do you know?

So, while most people know what a Christmas tree is. They may not realize all of the history behind this common symbol of Christmas joy. Or even what it means and where the idea of the Christmas tree first came from.

The History of the Christmas Tree

The Christmas tree is actually one of the oldest pieces of Christmas tradition. As the use of evergreen trees has dated back long before the name “Christmas” ever came to be. Check out these original Christmas Tree facts

The first decorated Christmas tree was in Riga, Latvia in 1510.

History books show that Pagans used branches of fir trees to decorate their homes during the winter solstice.

The Romans used fir trees to decorate temples during the festival of Saturnalia.

Christians used fir trees as a sign of everlasting life with God.

Thousands of years ago people began decorating evergreen trees out in the wild as part of their winter celebrations.

To say it has been a tradition for a long time is an understatement.

In 1531, historians found the first printed reference to a Christmas tree in Germany.

But when did evergreen trees become synonymous with Christmas?

Historians can date that back to Northern Europe in the 17th and 18th centuries. This is when Christmas trees were actually hung upside down from the ceiling, like a chandelier. Imagine the neck pains decorating a tree this way.

Soon, we started sitting trees up in Christmas tree stands. Then in 1890, the first electric Christmas tree lights were mass-produced in the United States, to help decorate these trees. Thomas Edison’s assistant, Edward Johnson was actually the person behind that idea.

Before that, people used small candles to decorate and light up the tree. Fortunately the new electric light tradition was a much safer alternative to putting open flames on the tree. By 1900, large illuminated Christmas trees started appearing in store fronts all around the country.

Christmas trees are evergreen trees are seen as a symbol of life because they stay green all-year long. In the 19th century, Christians really began incorporating Christmas trees as part of their Christmas celebrations. Christianity has long thought of the fir tree as the symbol of the Tree of Life.

Another popular thought on the symbolism of the Christmas tree comes from Pagan traditions. Pagan lore states that the time between Christmas and early January are some of the coldest days of the year. Meaning that evil spirits are the strongest during these months.

This is why Christmas trees are brought in the home—as a symbol of protection. They are also lit with lights (formerly candles) to help light up these dark and cold conditions. To keep the bad spirits away.

Christmas trees not only have their own meaning and symbolism. But, they can be a symbol of peace and love to others as well.

In the late 1940s, Christmas trees even became a symbol of peace following the second world war. In 1947, the people of Oslo, Norway gave a Christmas tree to the city of Westminster, England. This was a symbol of good will and gratitude for Britain’s help during WW II. The city still does the Christmas tree gifting every year.

The Province of Nova Scotia developed a similar tradition in 1971 when they presented the Boston Christmas tree to the city of Boston—this was a symbol of gratitude after the people of Boston provided relieve supplies following a ship explosion in 1917. The tradition still stands today.

These are some of the most common Christmas tree traditions. What traditions does your family have around the Christmas tree?  We would love to know in the comments below.

Think you know everything about Christmas trees? Here are some fun Christmas tree facts about these festive trees. Even the biggest Christmas fan may not know these facts.

Now that you have some fun facts about Christmas trees under your belt. You can really impress your friends and family and your next holiday gathering.

If you liked this article you would love to learn about why we celebrate Christmas on the 25th of December.