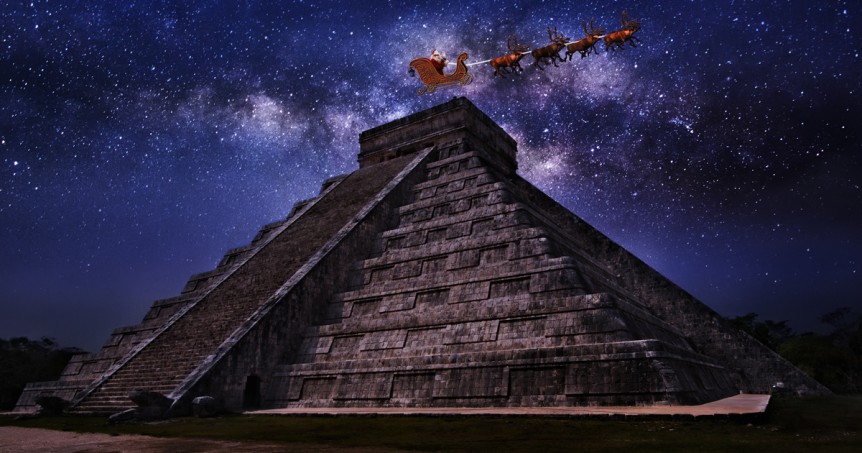 The Mayan pyramid of Kukulcan El Castillo in Chichen-Itza, Mexico has been around since before the 12th century. Santa has been visiting this location for many years and is always ready to spread the spirit and joy of Christmas to those with open hearts. Our video elf Snowflake captured this photo of Santa, he even waved to his old friend to say hello.

In April 1935, a statue of Chac Mool with its nails, teeth, and eyes inlaid with mother of pearl was found inside the pyramid. The room where the discovery was made was nicknamed the hall of offerings or the north chamber.