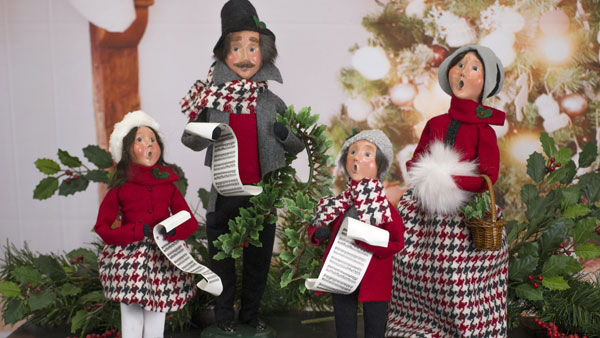 The 12 Days of Christmas is one of the most famous Christmas songs in the world. One that people from all over the world would recognize. On the surface, the song is about someone receiving an abundance of Christmas presents from their “true love.”

However, the 12 Days of Christmas is more than just a popular holiday tune for the radio. It is a song that has a great deal of history behind it. One with a number of hidden meanings behind it.

Understanding the background on the 12 Days of Christmas will give you a better understanding and appreciation for this song.

Let’s start with some of the basics and below we see how this connects to the famous song.

What Are the 12 Days of Christmas?

While it isn’t necessarily an American tradition. All across Europe the 12 Days are celebrated and have been since the middle ages. Other European traditions include the Christmas Crackers.

The 12 Days themselves traditionally celebrate a feast day for a saint and have different celebrations attached to them.

Christmas Day is actually the first day of Christmas and is dedicated to celebrating the birth of Jesus Christ.

St. John the Apostle’s Day. St. John was one of Jesus’ friends and Disciples.

This day honors St. Thomas Becket. He was the Archbishop of Canterbury in the 12th century. On December 29th, 1170, he was killed for challenging the king’s authority over the church. This holiday is dedicated to his honor.

The sixth day of Christmas is dedicated to St. Egqin of Worcester.

Depending on where you are located, New Year’s Eve is not only a celebration of the new year to come. But also a day to celebrate Pope Sylvester I. He was one of the earliest popes. In some countries New Year’s Eve is also called “Silvester.”

New Year’s Day is also the eighth day of Christmas. It is a day dedicated to celebrating Mary, the mother of Jesus.

This is a day dedicated to St. Basil the Great and St. Gergory Nazianzen—two very important 4th century Christians.

The Feast of the Holy Name of Jesus. This day celebrates when Jesus was officially “named” in the Jewish Temple. While different churches will celebrate this occasion on different days—it is traditionally known as the 10th day of Christmas.

Also known as Epiphany Eve is dedicated to St. John Neumann. He is not only a 19th century saint but the first Bishop in America.

Wow, that’s a LOT to digest but there is more.

What is the Twelfth Night?

When you hear about the celebrations of the 12 Days of Christmas. Chances are you are going to hear about the Twelfth Night. This was a time of large celebration, and historically, these parties were a time when societal roles were reversed. Servants were served by wealthy members of society, and communities held large parties in the streets.

It was tradition to eat a rich cake known as the Twelfth Night Cake. In the UK, people sometimes also went Wassailing on the Twelfth Night. Also known as Epiphany Eve—another common tradition on this celebration is to put the figures of the Wise Men into the Nativity Scene. But before celebrating the Epiphany on January 6th.

Once this celebration is over, it is tradition to start taking down your Christmas decorations the next morning. Signaling the end of all Christmas celebrations.

How the Famous Song 12 Days of Christmas, Ties In

Now you are all brushed up on your history behind the actual 12 Days of Christmas. But chances are as you went through what each day of Christmas really means. You may not see how the famous holiday carol ties in.

There is a lot of history attached to this catchy holiday tune.

The actual song has changed a bit over the years, but the most universal version starts with:

On the First Day of Christmas, my true love gave to me. A partridge in a pear tree.

Then, for every day of the 12 Days of Christmas, a new gift is added to the song. Building day by day until you are singing all 12 days of Christmas together. Here’s how the verses go.

Where Does The Song Come From?

These are the lyrics, but where does the song come from? The history is a bit hard to decipher. The first printed version of the song was made in 1780. Here, the song appeared in a children’s book called Mirth Without Mischief.

There are a few different variations of the song. Early versions such as the one in this children’s book, actually have the “gifter” as the singer’s mother. Instead of their “true love.” This obviously makes the tune a bit more kid friendly. The early versions also contains different gifts such as “ships-a-sailing,” “bears a-baiting” and “four colly birds.”

Who Wrote the 12 Days of Christmas

This version most people sing today actually comes from English composer Frederic Austin. His version of the song and the melody became popular in 1909.

And What Do the Names of the Gifts Mean?

Many people believe that this Christmas carol was already popular way before it was officially written out and published. There is also a theory that all of the “gifts” in the song have ties to Christianity. This makes sense, given the 12 Days of Christmas themselves are all tied to the Christian faith.

This is the meaning of each “gift” as people believe it means.

8 Maids-a-Milking = Eight Beatitudes, these are the eight blessings recounted by Jesus in the Sermon on the Mount in the Gospel of Matthew.

Of course, according to some, this is all just speculation. Still many people enjoy thinking of the song as having some ties to the Christian faith. Considering the Christian background of the actual 12 days of celebration.

No matter how you like to interpret the lyrics behind this holiday carol. It is important to note that the 12 Days of Christmas are, in fact, real. The song has been and continues to be a fun way to get anyone in the holiday spirit this time of year.