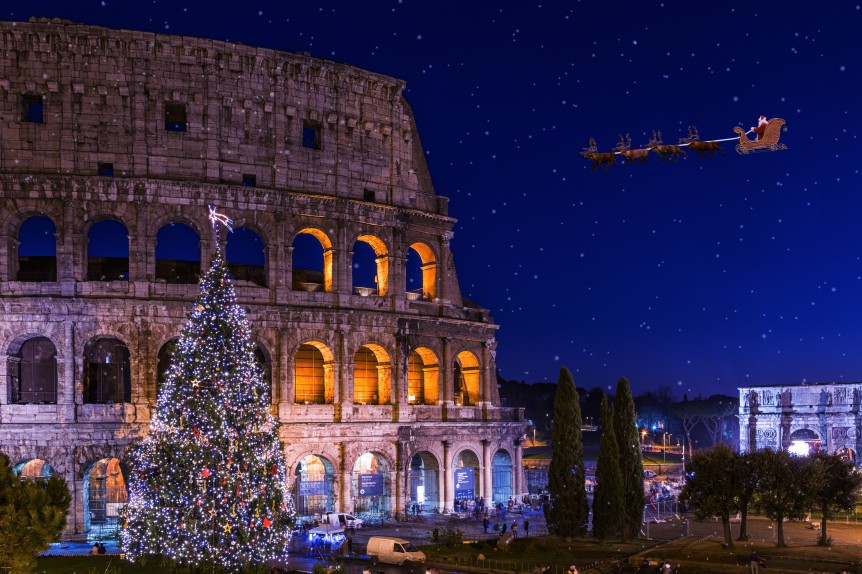 I Spot Santa’s video elf Whitey was celebrating with his Roman friends when he heard a jingle in the sky that he knew. He grabbed his camera and got this photo of Santa Claus flying with his eight merry reindeer over the famous Colosseum in Italy.

Known as the greatest architectural achievement of the Roman Empire the Colosseum was originally named the Flavian Amphitheater.   There is almost 80 entrances and can accommodate over 50,000 spectators. To this day the Colosseum receives millions of visitors each year making it the most popular tourist attraction in Rome.