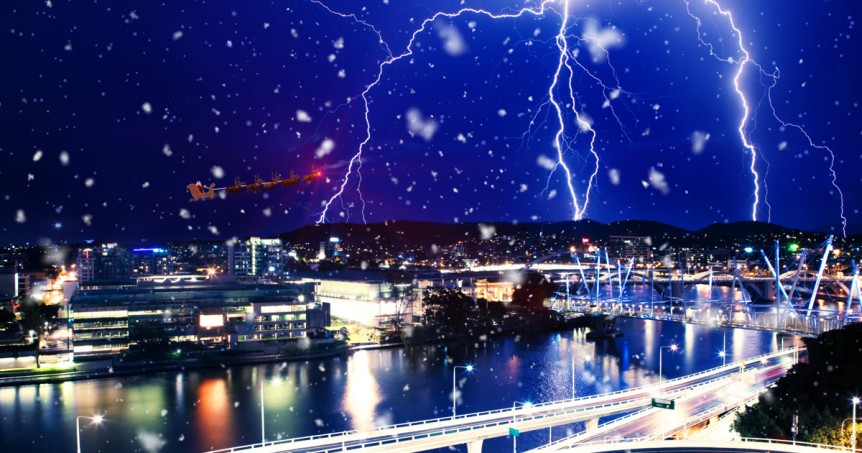 Flying through Queensland, Australia Santa Claus was hit with a storm. He called in his ninth reindeer, Rudolph to lead him on the rest of his sleigh ride. When Rudolph first started to work for Santa Claus the other reindeer would make fun of him because of his red nose. Today, he is a hero of Christmas because of that nose and his hard work spread the spirit and joy of Christmas. Things that make us different sometimes makes us special.

Queensland’s offshore is the Great Barrier Reef, the world’s largest coral reef system and is the home to 1000’s of marine species. Queensland has an abundance of natural beauty, including the Sunshine Coast and the Gold Coast where some of the most popular beaches in the world are.