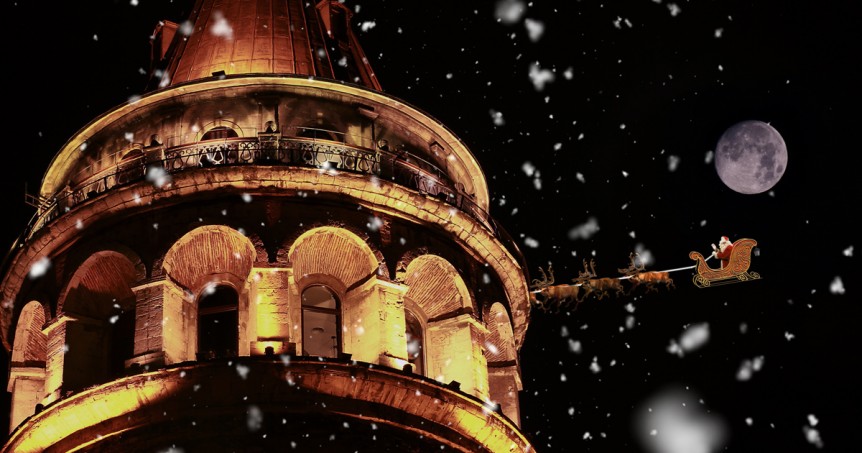 The Galata Tower known in Latin as Christea Turris, is a medieval stone tower in the quarters of Istanbul, Turkey and is one of their most recognizable landmarks. Our video elf Crinkle was taking a stroll through the village when he heard sleigh bells in the sky near the nine-story structure. It was Santa Claus flying near the brick landmark. Crinkle snapped 27 photos and this is the only one that didn’t come out blurry. We are going to have to train Crinkle how to use his camera again.

The Galata Tower was the tallest building in Istanbul at 219½ feet (66.9 m) when it was built in 1348, in 1875 during a storm the roof of the tower was destroyed. Restorations between 1965 and 1967 fixed the roof and many other parts that needed restoration, today it is open to the public for all to enjoy.