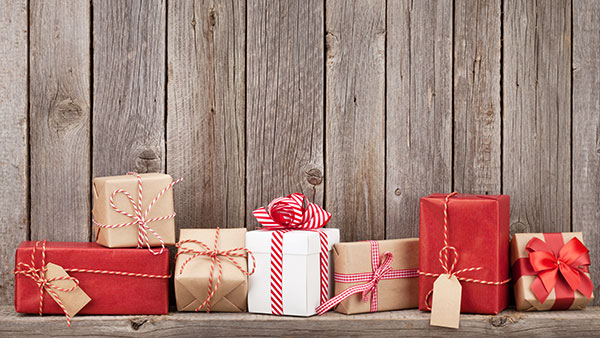 The more of an understanding we have about the history of Christmas presents and how they came to be. The more we will be able to appreciate not the presents themselves, but why we exchange gifts at Christmas.

While it is important to recognize and honor these three gifts. Most people would agree there is no greater original Christmas gift than the birth of Jesus himself.

Christmas Gift Traditions From Around the World

Centuries after these first original gifts were given to Jesus and this Christmas tradition first started. Families around the globe still partake in the tradition of giving gifts to one another at Christmas time. This is to celebrate Jesus’ birth.

While in the United States, Christmas gifts can be virtually anything. The US also focuses a great deal on creating “lists” to be filled. While, other countries have different types of gifts that you can expect on Christmas Day.

While these gifts may not see ordinary to everyone. It is a great reminder that it isn’t about how big or expensive the gift is. It is about the meaning behind giving and exchanging gifts with those that we love. This is part of everyone’s history of Christmas gifts.

While families and friends traditionally share gifts with one another around Christmas. Most kids know that there is someone else out there who comes and delivers gifts. In countries like the United States and Canada, we know that Santa Claus or St. Nick brings gifts in the middle of the night.

In Germany, they call him Christkind and he comes to deliver gifts. While in Spain, it is believed that the Wise Men come to bring gifts. The origins of Santa Clause can date back to the 18th century. While the names of this jolly figure may vary from country to country. The idea still stays the same. This kind soul comes in the middle of the night to deliver gifts to those who are good throughout the year.

The History of Christmas Gifts

This year, when Christmas rolls around, try to take the time to think more about why we exchange gifts. And about the actual art of exchanging gifts, instead of about the gifts themselves. Think more about the thought of giving to those you care about, instead of which items you receive. You will surely be able to have more authentic Christmas spirit this year, and every year.